Hailed by The New York Times as “one of the greatest musicians in jazz history,” Grammy Award winning saxophone titan Joe Lovano has distinguished himself as a prescient and pathfinding force in the arena of creative music.

One of the jazz world’s most celebrated musicians
NPR 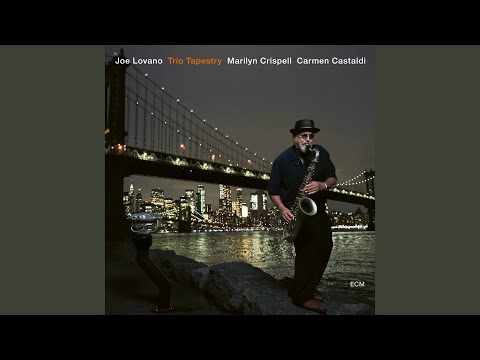 TRIO TAPESTRY Grammy Award winning composer, saxophonist, and producer Joe Lovano makes his ECM debut with Trio Tapestry, featuring pianist Marilyn Crispell and Carmen Castaldi on drums. Longtime collaborators in various projects over the years, each member of the trio is a pillar in their respective industries: Lovano is a titan of jazz saxophone, The Guardian calls Marilyn Crispell “one of the most highly regarded pianists at the sharp end of contemporary jazz,” and Castaldi is a superb percussionist in the continuing legacy of Paul Motion. With innovative new compositions Lovano calls, “some of the most intimate, personal music” he’s recorded thus far, Lovano unfurls a tapestry of modal expressions interwoven with shimmering saxophone, passionate spirituality in the piano, and a range of exceptional percussive accents.

The titan among us - DownBeat

Organic and basic, intense and casual…Mr. Lovano’s performance is a knockout - The New York Times

After 30 albums as a leader and at least 25 years in the spotlight, it’s clear Joe Lovano is more than a dominant figure in jazz. He’s jazz’s answer to George Clooney or Jeff Bridges, a vibrant player who delivers an award-worthy performance every time out. - Wall Street Journal

Leave it to restless tenor saxophonist Joe Lovano to take the idea of a tribute record and turn it on its head with this collection dedicated to Charlie Parker…Lovano digs for new twists in Parker’s compositions like the flesh-and-blood creatures they are rather than replicating what’s already been heard…Though a showcase for history, Lovano and his band expertly show the many ways these classics can still throw sparks. - Los Angeles Times