Visionary pianist Myra Melford taps into the elemental nature of inspiration for her exhilarating new project, Fire and Water. The all-star ensemble convenes five of the leading voices in contemporary improvised music: Melford, guitarist Mary Halvorson, saxophonist Ingrid Laubrock, cellist Tomeka Reid and drummer Susie Ibarra. All five women are innovative composers and bandleaders in their own rights as well as being gifted and venturesome improvisers, providing this ensemble a myriad of pathways to explore. Melford has taken full advantage of these uniquely expansive possibilities, crafting a suite of new music that fluidly traverses the borders between notated composition and guided improvisation. 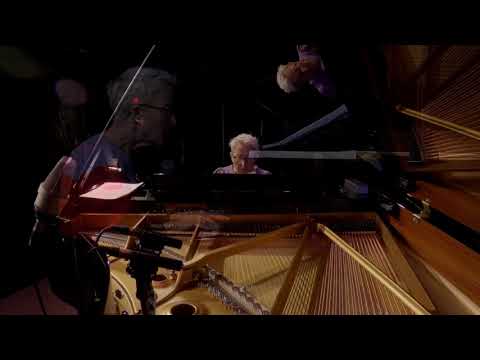 Fire and Water draws inspiration from Melford’s ongoing engagement with the iconoclastic work of the late visual artist Cy Twombly. The band’s name pays homage to the artist’s “For the Love of Fire and Water,” a series that combines his trademark vibrant scribbles and scrawled calligraphic texts. Melford senses an affinity between her own work and Twombly’s “sense of curiosity and play, and his unbridled energy that just jumps off the page.” That spirit animates the instigative music that she has penned for Fire and Water. The group initially came together for a sold-out performance at New York’s The Stone, in June 2019, where, the pianist remembers, “the chemistry was evident right from the first note. I’ve wanted to revisit this constellation of players ever since.” 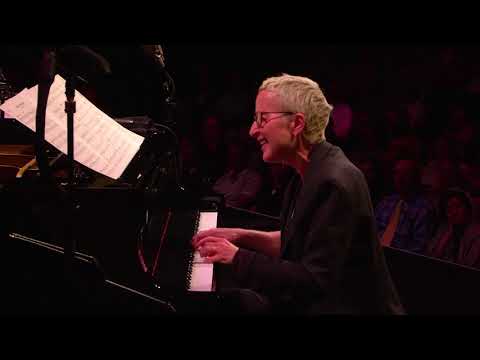 In the world of improvised music, so-called supergroups sometimes feel almost quotidien. After all, there are so many remarkable artists in the space and understandably, they often want to collaborate. Yet the group that acclaimed pianist and composer Myra Melford has assembled here — with Mary Halvorson on guitar, Ingrid Laubrock on soprano and tenor saxophone, Tomeka Reid on cello and Susie Ibarra on drums and percussion — invigorates that tired cliché with fresh meaning. Each has an impressive catalog as a bandleader and collaborator, and Melford had worked with all of them previously, but never together. The result is a gathering of some of the most compelling improvisers working today. The idea to create the ensemble occurred to Melford while planning a June 2019 residency at The Stone, the storied New York avant-garde venue. “It just felt like there was a lot of potential for good chemistry,” she says. The response to the quintet’s debut, one-off performance, a minimally rehearsed amalgamation of composed ideas, text directions for interaction and collective improvisation, was so enthusiastic that Melford was asked to record and tour with the music and this new ensemble. The COVID-19 pandemic put a damper on the initial recording and touring plans, but Melford used the delay as an opportunity to expand what’s become a sort of suite. The concise, potent recording was eventually made at Firehouse 12 Studios in New Haven, Connecticut over the course of about a day and half. Although the release sounds whole on its own, Melford says it will continue to evolve and be further expanded for an upcoming tour. It is also what Melford calls the “first installment” of a multi-part project inspired by the work of Cy Twombly. Twombly’s art has been a touchstone for Melford for years. Seeing a 1994 retrospective at MoMA made her want to dig deeper into his process, as she sought to further refine her own. “I read that when Twombly was a young artist, one of the things he did to train himself was to turn out all the lights at night and draw in the dark,” she recalls. “He was interested in what it felt like to make the line more than what it looked like, and that seemed like an apt metaphor for how I play the piano. For me, it's all about the gesture and the energy. Of course, there's a sound to it, but it's almost as if the sound is the information I get after the impulse to make a gesture.” That visceral, urgent quality is instantly obvious in For the Love of Fire and Water, as it is throughout Melford’s vast oeuvre. Yet like the collection of Twombly drawings, Gaeta Set (for the Love of Fire & Water), from which the album takes its name and inspiration, the recording tempers all that gesture and feeling with an astute editorial eye — purposefully using provocation and cacophony to abut quieter sounds and blank space. The result is grounded, with the organic, elemental ideas that Twombly sought to portray coursing through close to the surface. In the album’s crescendos and calm, listeners can also feel the tempestuousness, power and unpredictability of the natural world — themes that Melford also traces back to her