An enticing glimpse of the sixties and seventies’ Brit Jazz Explosion brought to life by a new octet, comprising musicians from three generations! 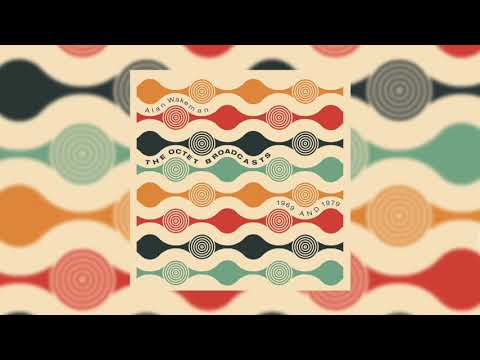 Last year’s Gearbox reissue of the two BBC broadcasts by the Alan Wakeman Octet generated a real stir in the jazz world, making the Critics Poll for 2020 in both Jazzwise magazine and the New York City Jazz Record (NYCJR) among many other favourable reviews. These two exceptional broadcasts from 1969 and 1979 made a clear statement of the quality of a new generation of British musicians at that time, showcasing many of the finest British musicians and Alan’s exceptional Chaturanga suite.

The new Octet line-up reflects the exciting and diverse musicality of all its members:

Alan Wakeman’s career ranges from brilliant small groups such as Triton (an adventurous trio of saxophone, bass and drums) to seminal contributions with Mike Westbrook’s orchestras to British Council tours, and appearing with many ground-breaking bands and artists including Stan Tracey and Soft Machine.

The harmonically acrobatic and always exciting Art Themen, was a mainstay of world-renowned Stan Tracey’s bands, but also accompanied many US stars such as George Coleman international saxophonist and clarinettist Peter Whyman has a 20 year association with Mike Westbrook; his own many bands include the Delta Saxophone Quartet, and he has made notable contributions to BCMG and the London Sinfonietta.

Henry Lowther is one of the most in-demand trumpeters for ground-breaking big band leaders Gil Evans and George Russell and leads his own group Still Waters.

The exciting young trumpeter and composer Miguel Gorodi, who leads his own Nonet and regularly plays with the Barry Green Sextet, SEED Ensemble, the London City Big Band and the London Jazz Orchestra.

Paul Nieman defies categories, playing and teaching classical music, jazz, salsa and recording interesting rock with Brian Eno the highly respected John Horler who was voted Critics choice Jazz Pianist (2002), was first choice for John Dankworth and Cleo Laine and many visiting US stars and could write the book on British jazz.

In demand bass player Arnie Somogyi has recorded on over 50 albums, played with many star musicians from Charlie Watts to James Moody to Eddie Henderson, tutors at the Birmingham Conservatoire and features regularly in the Ronnie Scott House Band the whirlwind international drummer Asaf Sirkis, always in-demand for the likes of Gwilym Simcock, Dave Holland or Andy Sheppard and has recorded over 100 albums.