'It’s both Ridley’s excellent usage of his collaborators and his penchant for melody that is undoubtedly the main appeal of his music' Recording of the Week, Presto Music 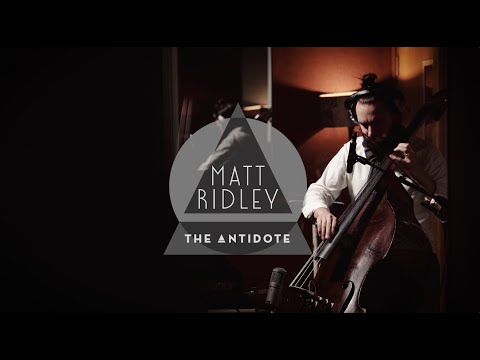 Well known on the UK scene both as a bandleader and sideman, having released 2 albums under his own name in a quartet featuring Jason Yarde and John Turville, and also releasing 'The MJQ Celebration', featuring Jim Hart, Barry Green and Steve Brown. His music has been broadcast, and performed live on BBC Radio 3, Radio 2, Jazz FM. Sideman credits include the Darius Brubeck quartet, Michael Garrick, Ant Law 'Art of Rhythm' trio, 'Hexagonal', Soweto Kinch, Mulato Astatke, Leon Foster Thomas.

Alex Hitchcock is an award-winning London-born saxophonist and composer. He leads his own quintet, whose increasingly burgeoning reputation on the international jazz stage was confirmed by first place in the Conad Jazz Contest at the 2018 Umbria Jazz Festival. Their debut album was released in 2019 on the Spanish label Fresh Sound New Talent. His electric saxophone quartet AuB, co-led with saxophonist Tom Barford, released its first album on Edition Records in 2020.

Described as “An innovator” and “A gamechanger” in The Guardian, British guitarist Ant lives in London. His third album 'Life I Know' for Edition Records was released in November 2018 and has been received very warmly by critics and audiences. His fourth album, 'The Sleeper Wakes', was released in July 2020 to critical acclaim.Ant plays in Tim Garland's band with Jason Rebello & Asaf Sirkis, featuring on 'Songs To The North Sky', 'Return To The Fire' and 'ONE'. He is a member of Trio HLK who record/tour with Dame Evelyn Glennie. He has also worked with Cory Henry, Thomas Gould and is frequently featured in “Total Guitar” and “Guitar Techniques” magazines, in which he was recently listed as an “Astounding Virtuoso”.

Tom is in demand as a pianist of dexterity, musicality and originality. Working with improvising jazz musicians, singer-songwriters, and solo, his performances have ranged from the Southbank Centre, Ronnie Scotts, Kings Place and numerous London Jazz Festival appearances to Jazz clubs across the country and abroad. He was winner of the Nottingham International Jazz Piano Competition in 2014, and released his first trio album as leader with European Jazz label CAM Jazz in 2015. This was followed by the acclaimed solo album 'Essence', made in collaboration with Austrian piano manufacturer Bösendorfer. His playing has featured on radio stations from BBC Radio 3 to Jazz FM as well as Italian, French and other European national Radio stations.

Marc Michel started music at an early age with his dad on  guitar, piano, and drums. After his studies at conservatoire (Lyon, Paris, the Royal Academy of Music London) he graduated in jazz drums, percussion, chamber music, and composition. He now performs and collaborates with some big artists on the international jazz scene (Jesse Van Ruller, Mike Moreno, Luigi Grasso, Jasper Hoiby...) all around the globe in festivals such as Tokyo Jazz festival, New York winter jazz fest, Taiwan jazz fest, Jazz à la Défense Paris, Jazz à Vienne. He is also a member of bands such as EYM Trio, Planet B (Jasper Hoiby) and the Pierre Durand new quartet.

'One of the strongest releases by homegrown jazz talent in 2021 so far' **** Editors Choice, Jazzwise Magazine

'His assuredness shines through in this set of taut, modernist originals, and his band are engaged and supportive' **** BBC Music Magazine

'This bass player has something to say, and, by God, he's going to say it' Downbeat Magazine

'If you're troubled by trying to work out how to keep an old format like the jazz quintet fresh, listen to Matt Ridley, it seems he has the antidote' Bebop Spoken Here