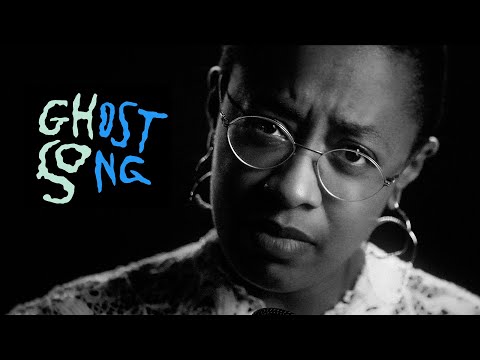 Expect to hear unique versions of standards and originals from 'jazz's most decorated vocalist'!

CECILE MCLORIN SALVANT'S new album Ghost Song has applied that daring-to-go-there ethic to herself, [by] writing music that looks within and doesn’t blink. In conceiving the LP, Salvant spent more time leafing through her own notebooks than she did the Great American Songbook. “Ghost Song” is her first album to feature more originals than covers, at the same time, she’s keeping her links to the past, through the mixing bowl of styles she writes in and the covers she’s included.’ G Russonello, New York Times

Ghost Song, Salvant’s Nonesuch debut, explores the (many) ways people can be haunted—by lingering memories, roads not taken, ghosts real and imagined. Its intense, disquietingly evocative songs follow living souls as they confront torments of absence—some characters lament loved ones gone too soon, others are troubled by the remnants of vanished romance, others are paralyzed by the sense of time galloping past.

It is a breath taking, fully realized conceptual work from an artist whose trajectory has moved at warp speed. Born in Miami, Florida in 1989, Salvant studied piano beginning at age five, sang in a children’s choir at eight, and then began classical voice lessons. She pursued dual tracks as an undergraduate in France (her mother is French, her father Haitian) —studying French law at one university while attending the Darius Milhaud Conservatory studying baroque music and jazz. Though at the time she didn’t intend to sing professionally, she entered the Thelonious Monk competition in 2010 and won it. 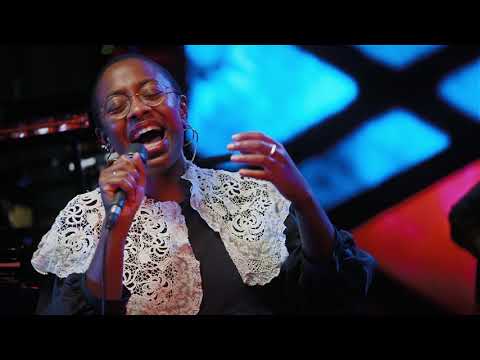 That led to a string of five acclaimed releases, each one more daring than the previous. Yet nothing Salvant has done can quite prepare listeners for the visceral intensity, concise yet prismatic writing, and genre-obliterating atmospheres of Ghost Song. The work draws on the tools this vocalist, composer, multiple Grammy winner, and MacArthur Fellow has utilized in the past, but in new and harrowing ways. It is, in the least glib sense possible, the rare departure that is also an arrival.

Salvant conceived Ghost Song during the early period of the pandemic and recorded it in the necessarily patchwork way creative projects happened under lockdown. Doing the work was, she recalls, at once frustrating and therapeutic. But it didn’t prepare her for the challenge she faced when tracking was finished: Figuring out the best way to raise the curtain on a song cycle devoted to ghosting, the emotional needs of ghost presences, and the very nature of communication with spirits.

Salvant liked the full-disclosure honesty of it. “Starting off that way is basically saying ‘Hey, I know this is different.’ Because once you say, ‘I’ve lost my mind,’ it sort of allows you to do whatever. After that, there can be no expectations for what it’s going to be.”

The song immortalizes a tipping point lockdown moment. Salvant recalls being in her Brooklyn apartment, walking and pacing, at times simply trying to understand her emotional state. “It was one of those nights when I just wanted to scream but could not figure out why. Am I anxious? Or excited? Am I just feeling cooped up? I didn’t even know what the scream was for anymore … Eventually I felt it was OK to just go with the completely crazy thing and not worry if people think you have lost your mind for doing it.”

‘The highly garlanded Miami jazz vocalist pulls out all the stops to interrogate lost love. She covers Kate Bush’s Wuthering Heights in a confrontationally slow a cappella; sings Brecht and Weill with the brisk beauty of a colourful bird ruffling its feathers; marries music from The Wizard of Oz with a song by Gregory Porter. Her arrangements are fantastic: you can feel the shared jazz influences between her and Fiona Apple, and the original I Lost My Mind combines baroque “mad songs” with churning organs reminiscent of a Julia Holter song. Ghost Song encourages a wild sense of wonder but never loses its singular focus.’ Laura Snapes, The Guardian