JOHN PIZZARELLI, the world-renowned guitarist and singer, has established himself as a prime contemporary interpreter of the Great American Songbook and beyond, with a repertoire that includes Joni Mitchell, Neil Young, Tom Waits, Antônio Carlos Jobim, and The Beatles. He has been hailed by The Boston Globe for “reinvigorating the Great American Songbook and re-popularizing jazz.” The Toronto Star pegged him as “the genial genius of the guitar.” And The Seattle Times saluted him as “a rare entertainer of the old school.”

Following high-profile collaborations with Sir Paul McCartney and Michael McDonald, Pizzarelli returns to his roots to honor his hero, the legendary jazz/pop vocalist and pianist Nat King Cole, whose centennial is being celebrated around the world this year with various concerts, books and recordings. For Centennial Reasons… completes an epic trio of Pizzarelli albums saluting Cole, starting with Dear Mr. Cole, which helped put Pizzarelli on the map as an influential jazz guitarist and singer in 1994, and continuing with P.S. Mr. Cole, which cemented his legacy five years later.

“Nat King Cole is the reason why I do what I do,” comments Pizzarelli. “The joy that he brought me has never faded and the musicality of his group remains fresh and vibrant to this day. I even got to work with Natalie Cole, Nat’s daughter, meet Nat’s wife Maria Cole, and become friends with and play with Freddy Cole, Nat’s brother. We are lucky to have lived in a world that gave us Nat Cole, the man and the music.” 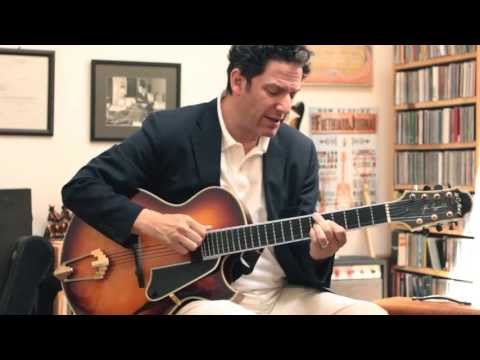 After his recent smash success with the Boston Pops, he was hailed by the Boston Globe for “reinvigorating the Great American Songbook and re-popularizing jazz.” And the Seattle Times called him “a tour de force” and “a rare entertainer of the old school.” Before a recent show in the northwest, the local paper quipped “John Pizzarelli is so impossibly cool, he shouldn’t be legally allowed to enter Oregon.”

Using performers like Nat “King” Cole, Frank Sinatra and Joao Gilberto and the songs of composers from Richard Rodgers, George Gershwin to James Taylor, Antonio Carlos Jobim and Lennon & McCartney as touchstones, John Pizzarelli has established himself as one of the prime interpreters of the Great American Songbook and beyond, bringing to his work the cool jazz flavor of his brilliant guitar playing and singing. 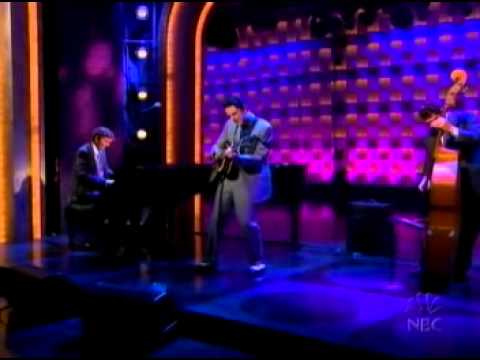 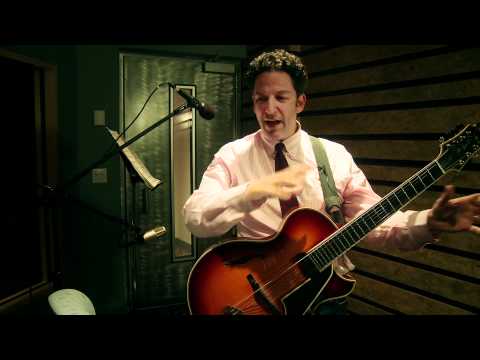 Pizzarelli started playing guitar at age six, following in the tradition of his father. After playing in pickup groups and garage bands through high school he began exploring jazz with his father as a teenager, and was able to perform with a number of great jazz musicians who would be a major influence on his work, including Benny Goodman, Les Paul, Zoot Sims, Clark Terry and Slam Stewart. John went out on his own after recording My Blue Heaven for Chesky Records in 1990, then toured extensively, playing clubs and concert halls, opening for such greats as Dave Brubeck, Ramsey Lewis and Rosemary Clooney. In 1993, he was honored to open for Frank Sinatra’s international tour and then joined in the celebration for his 80th birthday at Carnegie Hall bringing down the house singing “I Don’t Know Why I Love You Like I Do” with his father accompanying him.

For Pizzarelli though, his hero and foundation was Nat “King” Cole and the comparison to his iconic trio is the highest of compliments. “I’ve always said in my concerts that Nat ‘King’ Cole is why I do what I do.” But Pizzarelli adds, “We aren’t trying to copy him. His sound was singular and inspired. I’ve always said we’re an extension, a 21st century version of what that group was.” In fact, Pizzarelli devoted his RCA albums Dear Mr. Cole and P.S. Mr. Cole to music made famous by the beloved song stylist. Pizzarelli’s catalog of albums also includes a touching cycle of torch ballads (After Hours), a collection of classic swing and bold originals (Our Love is Here to Stay), and a charming holiday disc (Let’s Share Christmas).  On one of his last projects for RCA, John Pizzarelli Meets the Beatles, he brought classic Beatles songs into the worlds of swing and smoky balladry.

A popular TV commercial for Foxwoods Casino has made Pizzarelli a recognizable face. “In the Northeast, I can see people staring at me on the street. ‘The Wonder Of It All’ is a great tune,” he enthuses of the Don Sebesky-arranged number. “And people are calling the casino to ask ‘who’s that guy singing?’ If I’m going to be associated with a jingle, I’m happy that at least it’s something I like.” In 1997, Pizzarelli made his Broadway debut in the musical Dream, a revue of Johnny Mercer songs.

Pizzarelli signed with the GRAMMY® Award winning label Telarc International in 1999 recording a string of successful CDs starting with Kisses In The Rain, a diverse set of standards and original tunes that showcases the spontaneity of his live performances within a studio setting, followed by Let There Be Love.

On his 2002 album, The Rare Delight of You, Pizzarelli teamed up with veteran pianist George Shearing. In the tradition of classic quintet-and-vocalist recordings, they lay down great standards (including “Be Careful, It’s My Heart,” “If Dreams Come True” and “Lost April”) as well as a couple originals, all with vibrant arrangements. To celebrate the 10th anniversary of the John Pizzarelli Trio along with pianist Ray Kennedy and bassist/brother Martin Pizzarelli, Live at Birdland was released in April 2003. This two CD set seamlessly James Taylor folk with Gershwin and Van Heusen standards, in addition to original Pizzarelli compositions. After listening to the CD, a JazzTimes critic raved “Spend five minutes with Pizzarelli and you'll fully appreciate his inimitable warmth, humor and munificence of spirit.”

In 2004, Pizzarelli introduced a new generation to the distinctive Latin rhythms of Bossa Nova. Produced by Russ Titleman, the critically-acclaimed disc features several Brazilian musicians including drummer Paulo Braga, pianist Cesar Camargo Mariano and vocalist Daniel Jobim. According to Billboard, “His performance throughout, as both vocalist and guitarist, is exceptional." Knowing You, Pizzarelli’s 2005 release, pays homage to the many talented musicians and songwriters he’s met throughout his career. The disc features material from noted pop and Broadway songwriters Jimmy McHugh, Sammy Cahn, Alan and Marilyn Bergman, Johnny Mandel and Brian Wilson among others.  The Associated Press called the disc “A classy, urbane session. The rich colors make this among the best of Pizzarelli's albums."

In 2006, Telarc introduced Dear Mr. Sinatra, John’s tribute CD to “Ol’ Blue Eyes,” featuring the Clayton-Hamilton Jazz Orchestra. The CD features John Clayton’s clever reworking of classic standards like “I’ve Got You Under My Skin” and “You Make Me Feel So Young,” as well as songs written Sinatra for like “Ring A Ding Ding,” “Nice And Easy” and “The Last Dance.” The New York Times praised the recording for “exploding with enthusiasm and excitement."

His 2008 recording, the GRAMMY® Award nominated With A Song In My Heart, celebrates the music of legendary composer Richard Rodgers. The CD includes swinging Rodgers & Hart jazz standards like “The Lady Is A Tramp,” “Mountain Greenery” and “Johnny One Note,” in addition to theater songs from South Pacific and The King and I. The disc also featuring rare songs like “Nobody’s Heart” and “I Like To Recognize The Tune.”

Released in February 2010, Rockin’ In Rhythm, the singer-guitarist’s first ever Duke Ellington recording, features 12 classic tracks that prove Pizzarelli – like Ellington – knows how to show off the strengths of the musicians in his band. In addition to a cut for solo guitar, four songs highlight the quartet (with pianist Larry Fuller, bassist Martin Pizzarelli and drummer Tony Tedesco) and seven include the Swing Seven horns with arrangements by Don Sebesky.

Pizzarelli’s latest album, Double Exposure, focuses on two distinct styles to make a single fine recording. Set for release on May 15, 2012, Double Exposure is a collection of tunes by some of the great pop songwriters of his own generation that are framed squarely within traditional jazz arrangements.

Pizzarelli appears on several tracks on Paul McCartney’s 2012 album, Kisses on the Bottom. He performed with Sir Paul at an iTunes concert at Capitol Records Studios and the two also performed together at the GRAMMY® Awards in Los Angeles.

In addition to being a bandleader and solo performer, John has been a special guest on recordings for major pop names such as James Taylor, Natalie Cole, Kristin Chenoweth, Tom Wopat, Rickie Lee Jones and Dave Von Ronk, as well as leading jazz artists like Rosemary Clooney, Ruby Braff, Johnny Frigo, Buddy DeFranco, Harry Allen and, of course, Bucky Pizzarelli. He was featured opposite Donna Summer, Jon Secada and Roberta Flack on the GRAMMY® Award-winning CD, Songs From The Neighborhood: The Music of Mr. Rogers in 2005.

A veteran radio personality, Pizzarelli hosted “New York Tonight” on WNEW from 1984 to 1988. John has also successfully launched “Radio Deluxe with John Pizzarelli,” his nationally syndicated radio program, co-hosted with his wife, Broadway star Jessica Molaskey. Bringing warmth, humor and that long-lost “live” feel back to radio, the show takes place in their “deluxe living room high atop Lexington Avenue” and the conversations are relaxed, candid, and off-the-cuff as is the music. He has interviewed a wide range of guests from Liza Minnelli, Mitch Albom and Regis Philbin to Kurt Elling, Annie Ross and Keely Smith. The show is available globally as a podcast at www.johnpizzarelli.com and via iTunes.

John has performed on the country's most popular national television shows such as “The Tonight Show with Jay Leno,” “The Late Show with David Letterman,” “Late Night with Jimmy Fallon,” “The Conan Show,” “Live With Regis & Kelly,” “The Tony Danza Show,” “The CBS Early Show,” Fox News Channel, the Jerry Lewis Labor Day Telethon and the Macy’s Thanksgiving Day Parade.

He led a 40-member live orchestra at Radio City Music Hall in Sinatra: His Voice, His World, His Way. His instructional DVD Exploring Jazz Guitar – filled with demonstrations, lessons and anecdotes – is available from Hal Leonard. Pizzarelli received the 2009 Ella Fitzgerald Award from the Montreal International Jazz Festival, joining a select group of past winners including Aretha Franklin, Tony Bennett and Harry Connick, Jr.

Pizzarelli performs annual engagements at the Café Carlyle with Jessica Molaskey and at Birdland with his jazz combo. He continues to tour throughout the United States, Europe, South America and Japan, performing classic pop, jazz and swing, while setting the standard for stylish modern jazz.