"IF RADIOHEAD WAS PLAYING JAZZ, THEY WOULD SOUND LIKE THIS..." Blue Note recording artist Erik Truffaz 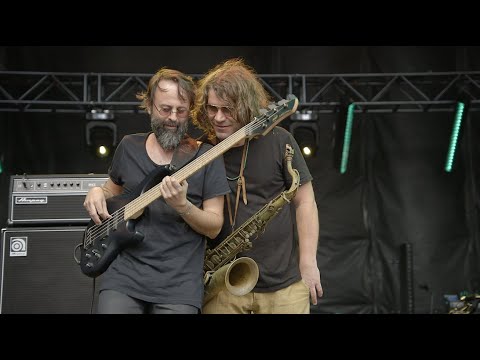 In the most simple and direct terms, Ilhan Ersahin can be described as a saxophone instrumentalist, composer, music producer, club owner, jazz festival curator, and proprietor of his own record label. Broad as that may sound, it does little to explain who Ersahin truly is and what defines him as a musician.

Growing up in Stockholm of a Swedish mother and Turkish father, Ersahin was steeped early on in the records his older siblings would bring home. He soaked up the sounds of the era from popular bands like Led Zeppelin and Rolling Stones, and the more heady compositions of Miles Davis, various Brazilian artists of the time, and select music from his father’s homeland. In his teens Ersahin discovered the worlds of ska , funk , punk and reggae on his own and eventually picked up a sax to begin a journey that would lead him deep into the realms of jazz greats like John Coltrane, Thelonious Monk, and Davis. Each step along the way informed all of Ersahin’s artistic endeavors that have come since.

Trained in the more traditional schools of jazz, Ersahin spent a brief stint at the Berklee College of Music in his late teens, but quickly migrated to New York’s East Village in the early -90s—a place that had always called him. He took a job at the famous Sweet Basil Jazz Club and immersed himself in the thriving scene of the time, playing gigs and gaining the esteem of his peers and collaborating on various projects with fellow musicians of the time.

Another integral element of Ersahin’s process has been the now-famous club Nublu that he opened in the East Village in 2002, a few years after Wax Poetic.

The club itself has become a Mecca in its own right, attracting musicians who have recorded and toured with the likes of Herbie Hancock, David Byrne, Sun Ra, Beck, John Zorn, and Tom Waits from all over the world, including Turkey, France , South America, Jamaica, Eastern Europe and all parts in between. It has spawned its own record label, and multiple Ersahin projects such as Love Trio , Nublu Orchestra, conducted by Butch Morris, I Led 3 Lives, and Our Theory. The late-night impromptu jam sessions and various projects that have emerged from the small club on Avenue C has come to be known as the “Nublu Sound,” a sound very much intertwined with the goals Ersahin has been pursuing throughout his career.

Projects overseas such as Ersahin’s Istanbul Sessions, Wonderland, Afternoon in Rio and the Nublu jazz festival in Sao Paolo, Istanbul, and New York only serve to cement Ersahin’s reputation as an innovator and pioneer in so many corners of the globe. 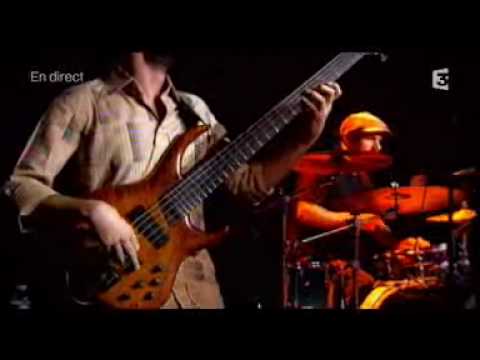