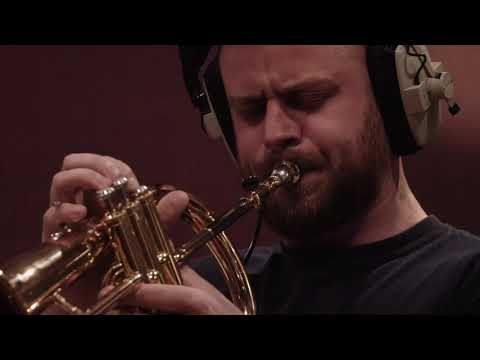 The band will be playing music from James' forthcoming EP planned for the end of the year.

Award-winning trumpeter and composer James Copus has quickly established himself as one of the most exciting young jazz musicians on the London scene. Since graduating from The Royal Academy of Music in 2016, where he was the recipient of the prestigious Derek Watkins award, James has gone on to perform and record with some of the world's most established artists including Jorja Smith, Jacob Collier, Ashley Henry, Joss Stone, Cory Wong, James Bay, Boy George, amongst others.

In 2020, Copus released his debut album ‘Dusk’ to critical acclaim. Jason Brown (Cedar Walton, Monty Alexander, Nicholas Payton) said of the album "I've been fortunate enough to be a part of both Nicholas Payton and Ryan Kisor's quintets, and as far as trumpet players go, James Copus is certainly a rising star to be reckoned with. The soul of this young man is laid bare in his compositions for this 'Dusk' recording date, and what a beautiful soul it is"

Copus has collaborated as a featured soloist with countless artists, most notably with Jacob Collier on his album “Djesse Vol.3” where he can be heard on the Grammy award-winning track ‘He Won’t Hold You’. In 2020, Copus’ distinct sound was featured on Jorja Smith’s single ‘Rose Rouge’ for Blue Note records. 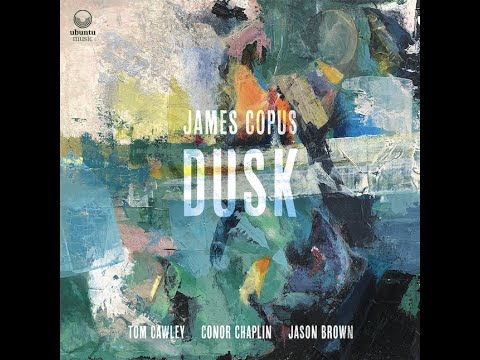 Shane Forbes, born Lewisham, south east London, November 15th 1983, is one of the most in demand drummers in the UK.  Known for his passion for playing and learning all styles of music, luscious swing feel and charisma, Shane has worked with most of the great names on the British jazz scene. Word of Shane’s talent quickly spread in the early stages of his career so his path has also crossed with internationally renowned artists. To name just some of the calibre of artist Shane has worked with are: Jean Tousaint, Soweto Kinch, Dee Dee Bridgewater, Courtney Pine, Steve Grossman, Robert Mitchell, Andrea Pozza, Nathaniel Facey, Steve Williamson, Julian Joseph, Abram Wilson, Cleveland Watkiss, Enrico Rava and The Floacist. Now currently co leading the multi award winning group Empirical and his own project called Wave touring the UK and Europe with the Soweto Kinch Trio and touring Italy with the Andrea Pozza Trio.

Ferg Ireland is one of London’s most versatile and in demand Bassists. Whether playing behind some of the biggest Pop Artists in the world (Sam Smith/Gregory Porter/James Bay/Dave/Marcus Mumford) , performing with US Jazz legends (Jason Marsalis/Johnny O Neal/Leroy Jones), or appearing with many of the UK's best Jazz musicians (Kansas Smittys/Soweto Kinch/Ashley Henry/Empirical/22A and many more) “…his playing throughout illustrates why he's so in demand; with a simply awesome if unorthodox technique put in the service of a powerfully individual musical imagination, simultaneously grounding the harmony and sending it into unexpected directions.”-Jazzwise Magazine

He now performs in London and Internationally, recently supporting  JUNGLE and Loyle Carner on EU and UK tours (with Club Kuru and Ashley Henry) and regularly playing renowned venues and festivals such as Ronnie Scotts, The Jazz Cafe, The Barbican, Kings Place, The Cadogan Hall, Glastonbury Festival, the Royal Albert Hall, North Sea Jazz Festival(NL), and many more.

His playing and compositions have been broadcast on BBC Radio 1,2,3 and 6Music, and on taste-making underground stations such as Worldwide FM and NTS Radio. His songwriting for pop artist Isabelle Brown can be heard on the Hulu Series "Dollface" and he has also composed music for adverts by Versace and Wedgewood. He has also modelled for campaigns by British menswear brands Drakes, Thomas Farthing and Ellesse.

Will Barry is a pianist, drummer and percussionist from London who graduated from the Royal Academy of Music in 2016. He is part of numerous projects internationally, most prominently touring with Phronesis bassist Jasper Høiby’s group ‘Fellow Creatures’ in Turkey, Belgium, Germany, Switzerland, Austria, Denmark, Holland and also extensively in the UK.  In the last few years Will has performed at the North Sea, Love Supreme, Green Hours and Umbria Jazz Festivals.

Whilst living in Spain, Will appeared alongside Mario Rossy, Madison McFerrin and Perico Sambeat as well as Cuban musicians Julio Montalvo, Yoel Paez and Issac Delgado Jr, performing in Barcelona, Alicante and Madrid and recording at Berklee College of Music in Valencia. Chucho Valdés (Irakere) described his playing as "sensitive and fluid - a beautiful sound”.