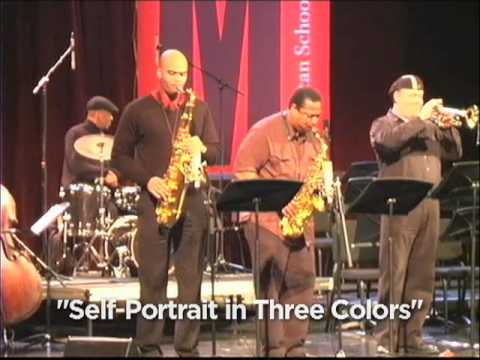 THE NIMBLE AND EXPERT 7 PIECE MINGUS DYNASTY was the first band Sue Mingus organized after Charles Mingus’ death in 1979, collaborating with his own sidemen to honour the life and work of the bassist and composer. Although big bands like the Glenn Miller and Tommy Dorsey bands had continued to perform after their leader passed on, a similar legacy never existed for smaller ensembles. Because Mingus always said he was first and foremost a composer, and because he left behind over 300 compositions that deserved to be played, a band carrying on his music became a natural, if unanticipated, mission. The first Dynasty bands were expected to include only musicians who had actually performed with Mingus -except for the bass player of course. Today, four decades later, the rich legacy of Mingus music ignites the bandstand while new generations of musicians add their individual voices and continue to celebrate and explore this rich and varied musical legacy.

“Charles Mingus would be very proud of this band”

“Listening to a brilliant septet, one was struck by how well Mingus’s ensemble arrangements are now played, far more precisely than when he was alive. His original soloists were superb but it has taken 50 loving years for section players to reel off his complex orchestral visions. And how proud Charles would have been to find two Russians – bassist Boris Kozlov and trumpeter Alexander Sipiagian -among them, a living embodiment of his multi-racial dream.”

Mingus Dynasty, officially endorsed by Sue Mingus and the estate of Charles Mingus is a living septet that named after the 1959 album Mingus Dynasty.

In 1988, the group expanded to a big band format, and the Mingus Big Band has held weekly residency in New York City since 1991. Currently there are three Mingus repertory groups, Mingus Dynasty, MingusBig Band and the Mingus Orchestra. They all tour extensively worldwide and rotate Monday nights at the Jazz Standard in New York.