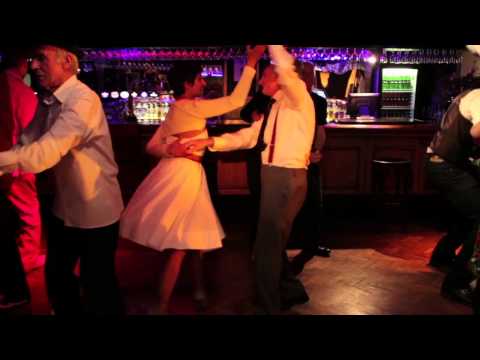 The Fallen Heroes are a rhythm & blues/jazz sextet.

Brothers Ben & Emile Martyn grew up in New Orleans alongside Jazz legends and Dean Ross the pianist originates from Kansas City so they really know the music they’re playing from the inside. Finlay Milne on trumpet, Rob Pearce on trombone and John O’Neil complete their thrilling & exciting unique sound.

They are a very well established London band with countless residencies as well as regulars at European and US festivals.

They focus on playing many original compositions in the New Orleans style peppered with select covers from the likes of Ray Charles, Fats Domino, Tom Waits… 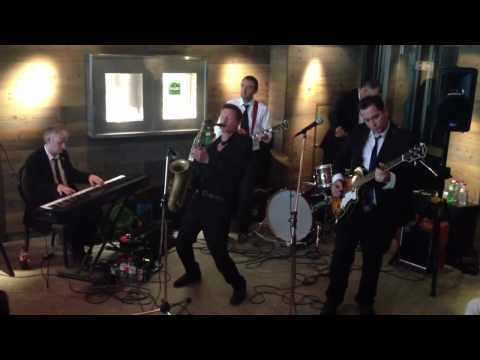 Ben Martyn : Vocals, Bass, Piano. Ben is the vocalist and writes the songs, he’s the front man. His driving, exciting bass lines along with Emile’s explosive drumming is what gets the people up on their feet. He can also sometimes be found on the piano stool in the studio and on gigs. Ben lived several years in New Orleans playing rhythm n’ blues, going on to develop an interest in writing his own music for The Fallen Heroes, several album titles later he’s still pumping out new material. When we play, it’s Ben’s songs that do the most, to quote Mike Clifton in The Music Sentinel “There’s a thousand bands out there playing the predictable old tunes, what Ben Martyn’s songs do is turn the band into something different, something that matters and something that is relevant, these guys mean it“.

Emile Martyn : Drums, MC and Occasional Singer. He had lessons in New Orleans with the drummers from Ray Charles’s band, Harry Connick Jnr’s and also Professor Longhair’s. He began the band with the late great trumpeter Paul Bonner and soon recruited Ben as the singer and bass player. One of his earliest memories was seeing his Godfather Harold Dejan and ‘Olympia Brass Band’ in the James Bond movie ‘Live and Let Die’. It was the funeral scene, and the reason for giving the band it’s name. ‘Fallen Heroes’ was a piece of music written at the start of the  20th century as a dirge, widely played at New Orleans funerals.

John ‘Flashback Radio’ Ruscoe : Guitar. He’s the quiet one, the dark horse but he’s keeping that motor running in the band, he’s driving that rhythm section along. John mixes the styles of Chuck Berry, Scotty Moore, Gram Parsons, Wes Montgomery and Muddy Waters without plagiarising. John draws on his varied tastes, as does the rest of the band, but has his own unique sound and style, which is so much a part of the band. It just wouldn’t be The Fallen Heroes without him. John is the anchor to the ship of musical pirates that are The Fallen Heroes. John mixes whiskey with anything.

Finlay Milne: Trumpet and vocals. Finlay originates from Edinburgh, Scotland where he studied trumpet both classically and jazz. He has been the front man of The Ginger Pig band and the internationally famous Criterion Brass Band. He’s been living in London for many years now and has been friends with Emile and Ben since they were all teenagers. After playing on and off with The Fallen Heroes for many years, he finally joined them full time in the summer of 2015. Finlay has such an extensive knowledge and feel of the music of New Orleans so was the perfect choice for the band.