Doors open at 11.15pm and bands will be on from 11.30pm onwards. Most tickets for the Late Late Show will be available at the door if advance tickets have sold out.

A showcase of Australia's new wave of genre-bending rebels. Taking cues from soul, jazz and club culture, these brash fusionists have stamped an uninhibited style on a sun-bleached spool of influences. An all-night takeover featuring a diverse crop of 'ones to watch', many of whom are already making ripples internationally. 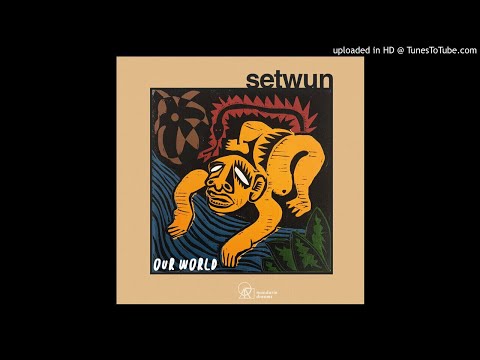 Setwun is the musical brainchild of composer, producer, multi-instrumentalist and DJ, Josh Panakera-Molony. Already a much respected figure on Eora (Sydney)’s underground scene, the hype for those on the outside has been bubbling with every small offering and tip-offs from some of the world’s most revered.

After a big couple of years, it feels as though the enigmatic reputation that surrounds him might not retain itself for much longer. The versatile music mind made waves internationally with a string of output that has given him the rubber-stamp as one of Australia’s most exciting. A debut solo EP Our World via infamous Naarm (Melbourne) collective Mandarin Dreams, and a collaboration project, Yeah Definitely with fellow Sydney producer and OTIS Records head-honcho Hugh B, both were met with a rapid spread of support and much critical acclaim. Covering a broad spectrum of sounds, Setwun’s music moves with ease from low slung grooves to dance floor tempos, all with a permeable undercurrent of soul-jazz influence.

In a short span of time, those who have championed his music include Stamp The Wax, Gilles Peterson, Alexander Nut, Carista, Steve Spacek and Touching Bass. Cult London tastemaker Bradley Zero was such a fan it led to Setwun both performing and releasing internationally for his Rhythm Section imprint. His notoriety also prompted invites to guest on globally followed radio stations like NTS and Redlight Radio on recent travels.

Komang is Rosie Clynes, a producer and vocalist based on Kulin Country. Blending groove and neo-soul with Balinese spirit, her influences range from jazz, trip-hop, electronica and r&b through to sindhenan (Javanese court singing), gamelan and Indonesian folk-pop.

With a background in theatre, Komang made her shift into music while working as a performer in Jakarta, learning how to produce from the beatmakers and musicians of the city’s jazz and hip hop communities before returning to so-called Australia. Her debut release ‘Dewi’ blends her signature soaring vocals with 90s house-style production and themes around female lineage, with her second single ‘Flex’ premiered on Stamp The Wax, who have hailed Komang as ‘Australia’s next exciting export.’

Creating a vibrant R&B electronic hybrid with an aptitude for prompting club play as much as bedroom listening, she has already rubber-stamped herself as one of Australia’s most exciting and talked about new talents. With her debut EP Mythologies on the immediate horizon, a multidisciplinary vision and burgeoning following both local and international, Komang has cemented herself as one to watch.